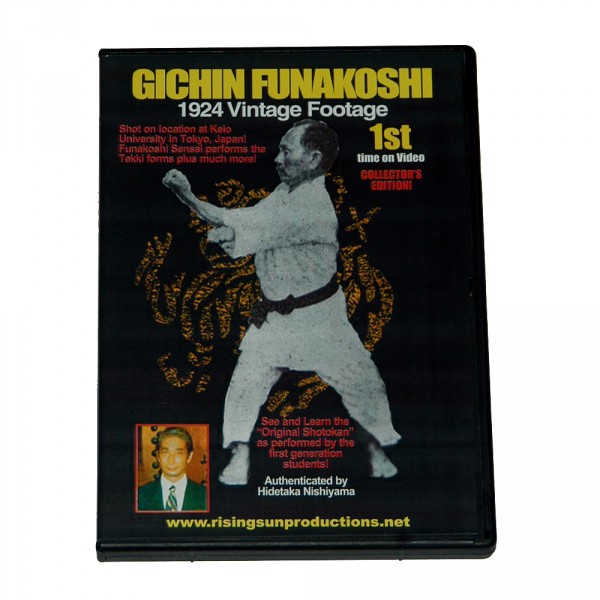 Considered to be the father of modern karate and the originator of the Shotokan style, Sensei Gichin funakoshi is captured on this remarkable documentary film demonstrating the Tekki 1, 2 and 3 katas and the Meikyo kata shot c. 1924.

Shot on location at Keio University in Tokyo, Japan at the Keio Karate bu (karate Club of Keio) which was the first University to adopt Karate into it´s physical education curriculum.

In addition to Sensei Funakoshi, there is lots of the other footage covering the training of the University students and summer training  camps (Shochu Keiko) at the beach.